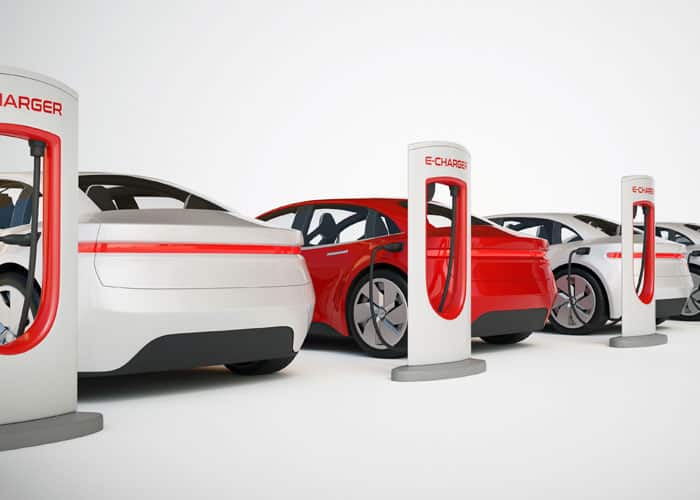 Technologies are advancing with every passing day. Everyone is aware of the hi-tech innovations that are continuously cropping up in today’s world. When it comes to cars or vehicles, these technologies are not left behind. Environment, being a big concern these days, it is important to figure out the best ways to reduce the impact of pollutions and harmful emissions in the environment. The harmful gas or the carbon-dioxide that is emitted from the cars running on gasoline or fuel can have a strong and inverse impact on the environment. Thus, the electric car is the best way to stop these pollutions.

There are many electric car manufacturers that are introducing different all-electric cars so that the environment can be saved to a great extent. The vehicles will be able to run without the need of gasoline. Though some of the models are already been designed and launched by different car manufacturing companies, these are relatively new to the roads. To make the world much greener and better, it is important to reduce the damage of the environment. With millions and billions of cars and vehicles powered by gasoline on the road, it is impossible to make a better and greener environment. The electric cars will not only reduce the adverse impact on the environment but it will also help in making a better environment.

Who are the electric car manufacturers?

There are some really popular car manufacturers who have started introducing all-electric cars in the market. Definitely, the future of the cars is the electric ones that will function without the need of gas or fuel. The fossil fuel is a non-renewable substance and it must be used wisely. With so much of these fuels being used up, there will be a scarcity of these fuels in future. Hence, all-electric cars are the best way. Here are some of the companies that have already started manufacturing some of the best electric cars. These are:

Tesla Motors is one of the biggest and most popular names in the world of car manufacturing industry. It is a leading American automotive company that has produced some of the best cutting-edge, high-quality cars with some amazing featured. The two most popular all-electric vehicles are Tesla Model S and Tesla Model X. These two are gaining lots of popularity, nowadays. The Model X is an electric SUV model by Tesla that features falcon wing doors. It can also accommodate about 7 passengers and run up to 300 miles in single charge. On the other hand, Model S is the luxury sedan with seats for 5 passengers.

BMW is one of the most popular and high-end electric car manufacturers from Germany. This company produces some of the best-in-class luxury cars with amazing features and specifications. The all-electric car produced by BMW is BMW i3. It is an all-electric luxury SUV with a compact design. It comes with 5-seater seating arrangement. It is mainly designed for urban and suburban travelling. BMW is the first car manufacturing company that conveyed the message that high-performance and luxury can go hand in hand even when it is an all-electric car.

Nissan is another popular name in the car manufacturing industry. It is a Japanese multinational automobile manufacturer which has produced some amazing all-electric cars. This manufacturer has sold many all-electric vehicles all across the world. The most popular one among all the electric cars by Nissan is the Nissan Leaf. It is one of the most popular electric vehicles with all the amazing benefits and luxuries. But unlike other high-end cars available in the market, this is available at a much relatively low price.

Chevrolet is another automotive manufacturer which falls under the General Motors Company. They produce and sell a wide range of amazing vehicles and cars worldwide. The first electric car in the market by Chevrolet is the Chevrolet Bolt. This offers great durability as well as amazing performance. With a single charge, this can travel up to 220 miles at such an amazing price. This vehicle is quite a value for money as you do not have to spend thousands of bucks on its fuel.

You must have heard about the classic American car manufacturer, Ford. It is one of the most popular names who has manufactured plethora of some amazing cars and vehicles for sale in different parts of the world. They have a wide range of vehicles starting from luxurious sedans to pickup trucks. The all-electric car first launched by Ford is the Ford Focus Electric. It is an electric version of the popular Ford Focus which has become quite popular because of its eccentric performance and amazing luxuries. The Ford Electric is one of the most affordable electric vehicles that can run for about 100 miles in a single charge.

This is another popular German automobile manufacturing company that offers some of the highly reliable and affordable electric option. The most amazing electric car is Volkswagen e-Golf which is quite an inexpensive option that comes with a reasonable battery backup. Though the battery can run up to 80 miles in one charge, it can be a pocket-friendly car in your budget. Also, the electric car by Volkswagen can provide you with extreme reliability and durability.

What are the benefits of electric cars?

When it comes to the benefits, people are always looking for the products that are most beneficial to them. Of course, you will not look for something that does not offer benefits. If the electric cars are getting so much popularity, this is strictly because of the undeniable benefits, such as:

What are the limitations?

Talking about all the great advantages of the electric car, you must also know about its limitations. The only reason why everyone is not using this car is its expensive nature. Of course, the price of an electric car is much more than a car that runs on gas or fuels. Not everyone has the money to afford an electric car as of now. But as the technologies are advancing, things are becoming more and more affordable. So, you can only hope for such a scope. Also, it runs on battery power and if the battery drains out, you will be stranded in the middle of the road. There are not many recharging stations available for the electric cars, as of now. But definitely, with the increased production of the cars, you can see an improvement in this sphere as well.

There are many electric car manufacturers that have designed and manufactured some of the best electric models with different features. But as the vehicles are too expensive, not everyone can show interest in these electric cars. In order to make these electric cars the future of automobile industry, it is important to cut down the costs of the car. Everything is becoming smarter these days, cars are becoming smarter too. Since environment is one of the biggest concerns, nowadays, it is impossible to let the fuel powered cars to reign the industry. Though these vehicles are already in the market in some of the countries of the world, the real fact is that we need more production of these cars. These cars should hit the streets as soon as possible and must replace the fuel powered cars.